Here at First Free we believe God has given the church elders, men who have been chosen by God to know, lead, feed, and protect his flock. Over the next year, we’d like to help you get to know our elders better through an in-depth interview with one of our elders each month. This month we’re talking to Cary Lavender. 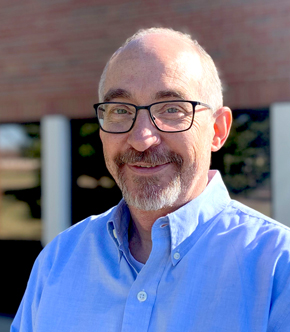 We’d love to get to know a little bit about your story. Tell us about your early life.
Wichita’s been my home most all of my life. I grew up here, went to school here, worked here, and now I’m retired here. Growing up, my parents would take my sisters and I to church, although at first only my mother was truly a believer. So I’d had exposure to Christianity since grade school. Mentally, I think I knew the gospel. I’d heard it numerous times. During altar calls I’d just sit there and never really went up, partly out of pride, and partly because I assumed I was a Christian. I mean, I went to church. In junior high and high school I got out of going to church altogether, although even then I remember one of my uncles who had become a Christian would try and evangelize me whenever he’d come and visit.

How did you come to faith in Christ?
During high school I got into drugs. A friend and I tried selling drugs and we got arrested and ended up in jail. It was actually in jail that I prayed to receive the Lord. Looking back that was a real turning point, although it took a little bit longer before it really became apparent. Coming out of jail I fell back into drugs, although not as heavily as before. By this point my whole family had become Christians and started pressing me to really commit my life to Christ.

It took a couple years before I realized I should really pursue Christ, which is when I decided I ought to get baptized. My pastor interviewed me and was willing to baptize me that very next Sunday. The week before my baptism I was still smoking pot, but with the baptism coming up I was convicted to not walk two roads at once. I got rid of everything and said, “God I’m going to have to trust you to help me quit.” And there’s no way to explain what happened next except that it was a miraculous change. After my baptism all desire to do drugs left. That was April 1977. I was 21 years old.

I struggled some with assurance after that. I was talking to someone in the church and they told me that the Christian life is not an easy life. You’re taking up your cross and following him. I didn’t believe him at the time, but I found it to be true as God started to work on me through the church.

How did you end up at First Free?
I started attending around 1980. Mike Andrus was the pastor then. I began attending with a friend of mine and stayed because of the teaching. The depth really appealed to me. There were people my age here who were serious about growing in their faith. And there were also older believers like Wink and Lynn Nolte, Ed and Elaine Booker, Clyde and Donna Bogner, Dennis Finley, all of whom just poured into my life and discipled me. It wasn’t long before I got involved in a variety of ways: running sound for worship services, singing in the choir, some short-term missions trips, teaching in the singles class and then the Homebuilders class.

How did you and your wife Susie meet?
I met Susie in the church well before we started dating but it was really in 2011 that we started to hit it off. Her husband had passed away that year and my father had died the year before. We both attended Phil Thengvall’s grief class and I got to know her a bit through that and then even better on the Israel trip in December of 2011. We started dating after the trip. One thing led to another. I proposed in February and we got married in July of 2012. We’ll be married nine years this July. It’s been very good. Susie cares deeply about people and I tend to live life in my head, so she’s really been able to help me be more social and engage with non-Christian friends.

When did you join the elder board, and what’s it been like?
I was asked in 2019 to consider becoming an elder. I’d thought about it before, but I didn’t want to just jump in before giving it good consideration. I spoke with guys like Dave Netherton, Jeff Syrios, Wink Nolte, and other previous elders about it. After much thought and prayer, I said yes.

I have deep respect for the men on the Elder Board. Seeing their care for the body, their love for Christ, and how they each bring unique strengths and perspectives that complement each other in guiding the church. When I first joined the board Wink Nolte told me that I was going to see all the dirt in the church and that I was going to have to wrestle with that. Loving the flock is messy and I’m frequently running across my own limitations in shepherding God’s flock. But you get to see a lot of the good, too. You get to hear about the people at First Free who are out there evangelizing and caring about their neighbors. You get to help people learn more about God. You get to play a part in growing people’s faith, seeing the church flourish, seeing lives changed. There’s a joyful side to it all.

How would you like to encourage and exhort First Free?
As far as exhortation, I’d want the people of First Free to know that the elders care about this body. In Hebrews it talks about submitting to those who are over you because they care for you. We care about you. We don’t want you to go down this or that road because it’s going to mess up your life and hurt your walk with the Lord. We’re serving as elders because we love you. And when we address things in your life it’s because we care about you.

As far as encouragement, I’d want First Free to know that we have a good church. It’s not a perfect church, but it’s a healthy church. God is really at work in our body and in our lives. He is drawing people to himself and calling people into his kingdom.