Here at First Free we believe God has given the church elders, men who have been chosen by God to know, lead, feed, and protect his flock. Over the next year, we’d like to help you get to know our elders better through an in-depth interview with one of our elders each month. This month we’re talking to Keith Adams. 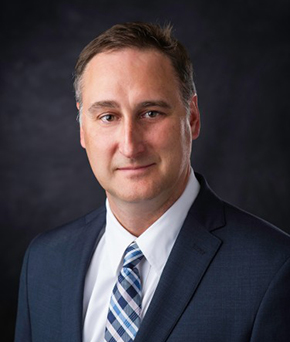 Tell us a little bit about where you grow up.
I grew up in rural Kansas, two miles from the small town of Tonganoxie. We had moved to the country from Kansas City at the urging of my mom who was confident that growing up in a rural environment would be a better atmosphere for us than the city. I loved my childhood in the country, raising cattle, hunting, working with local farmers picking up hay, and driving a pickup to high school. My parents, along with my older brother and sister, regularly attended a nearby Methodist church, however looking back that time at the church was mostly just “checking the box” as there was no real growth and little signs of spiritual fruit. After graduating high school, I went to Kansas State University, graduating in Milling Science (don’t feel bad if you have no idea what this is!) and came to Wichita for my first job after graduation.

So what brought you to faith in Christ?
The pivotal moment in my spiritual walk came when, as a teenager, I got connected with the Fellowship of Christian Athletes. Through the faithful leadership of my high school basketball coach, I began to grow in my understanding of what it meant to follow Christ. It was at one of their large group gatherings that God showed me my need for Christ’s loving sacrifice. I committed my life to Jesus that day, but the reality was I had a lot of growing to do. At college I began to look for what it was I believed in, and during my four years attended a variety of churches from non-denominational to Catholic. I lacked real commitment to my faith even after I arrived in Wichita and looking back now, I realize Christ was with me during that time even though I wasn’t really walking with him.

How did you end up In Wichita and at First Free?
After arriving in Wichita for my first job after graduation, the family owners of the company, who were members of First Free, invited me to join them many times. In the beginning I rarely attended even though I eventually moved into the neighborhood almost across the street. As a couple of years passed, I continued to feel the hollow gap of something missing in my life, and as the invitations to come to church continued, I began to ask myself if what I was missing was the calling I had felt back in high school when I first committed myself to Christ. I began to attend more regularly, eventually joined the choir, and realized that the community, fellowship, and commitment to seek God’s will for me was the missing link in my life. Soon after this, I began to date my future wife, Kim, who was a lifetime member of First Free and returned to Wichita to teach after college. We were married in the church in June of 1994 and have made First Free our church home where we have raised our four sons – Cole, Ethan, Jack, and Nick.

How long have you been on the Elder Board and what’s that been like?
I’ve served as an elder multiple times in various seasons of my life beginning in 2006, and I’m currently in the second year of my present term. The role of elder has changed quite a bit since I first served about fifteen years ago. The Elder Board has shifted from a highly administrative group that invested a lot of time into the operation of the church, to a more spiritually focused group that sees their primary role as shepherding the spiritual health of the body, emphasizing leading and feeding the flock as directed by the Scriptures. I believe this has been very beneficial to our congregation and our mission to expand the kingdom, which is the clear result of strong pastors and leaders that have been willing to serve us over the years.

For example, the elders are constantly working closely with First Free’s pastoral staff to clarify our theological positions in this rapidly changing world in which we live in. While our focus is to be in, not of this world, we still are faced with shifting social and cultural changes that we as a church need to be prepared to engage with in order to clearly and effectively communicate the gospel message to believers and unbelievers alike.

In just this past year, issues around social injustice, race, sexuality, economic stratification, and perspectives on the pandemic have filled the lives of our members and of the neighbors we hope to reach. We as leaders and as members of Christ’s church need to be prepared to speak through the gospel into these topics. These are tough issues that require wisdom, prayer, discussion, and a continual focus on God’s message for us through his Son, Jesus.

With this in mind, I would ask the congregation to remember the elders in their regular prayers. We are hard at work on the never-ending task of guarding the gospel commitments of First Free. Yet, in many ways we are no different than any other member of Christ’s body, with our own questions, concerns, distractions, sins, and struggles that we face every day. We each enter into this role with the hope to serve humbly, and we press into this daunting task leaning only on the strength of Jesus who is ultimately the one leading and shepherding his flock.